This was a 90 minute musical spectacular shown on Sky 1 and NBC and around the world.
Hosted by Catherine Zeta-Jones and Steve Jones the show featured performances from Katherine Jenkins, the Lost Prophets and Dame Shirley Bassey.

Tim created a concert stage on one half of the pitch and on the other half was an epic gala dinner for the Ryder Cup VIPs. Tim also designed the 2014 Ryder Cup Opening Concert in Glasgow. 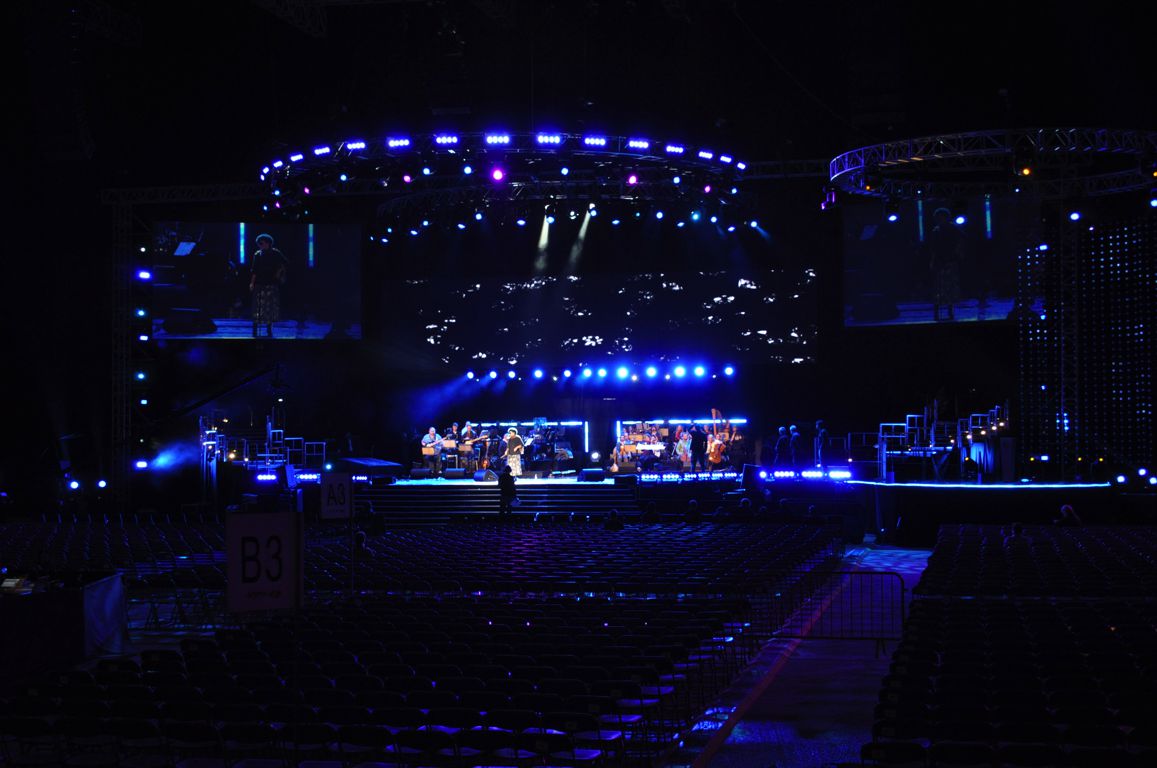 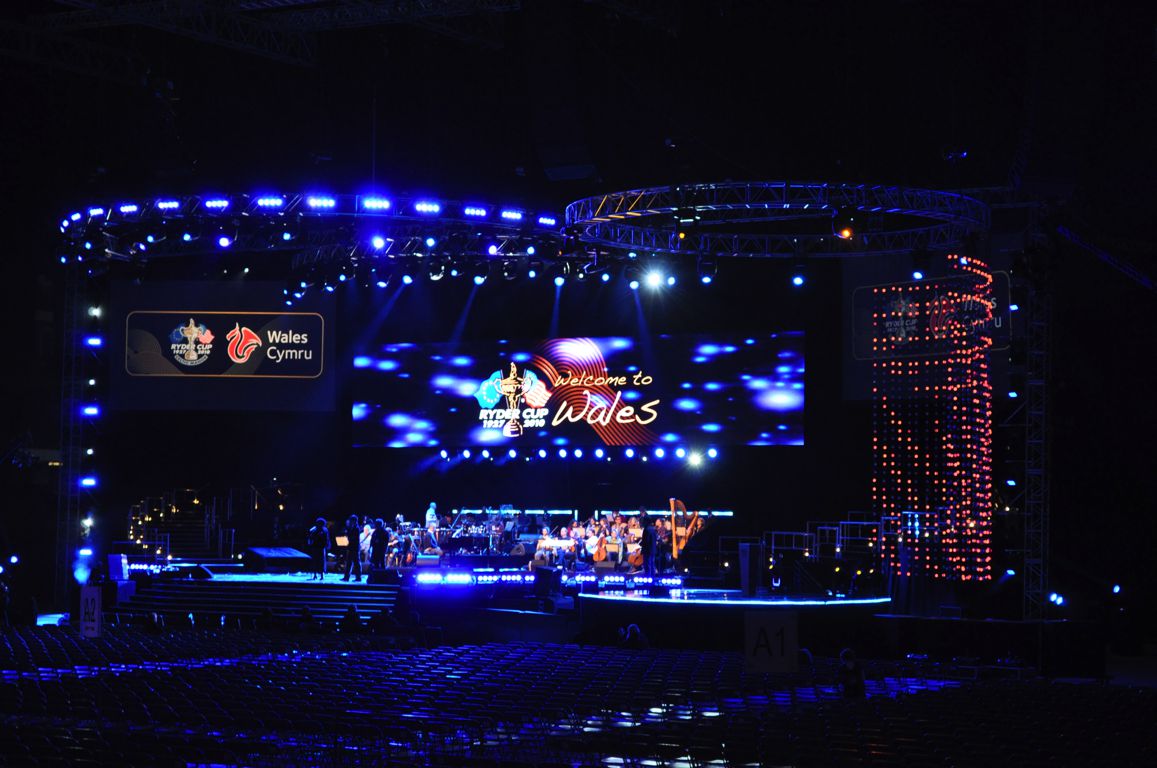 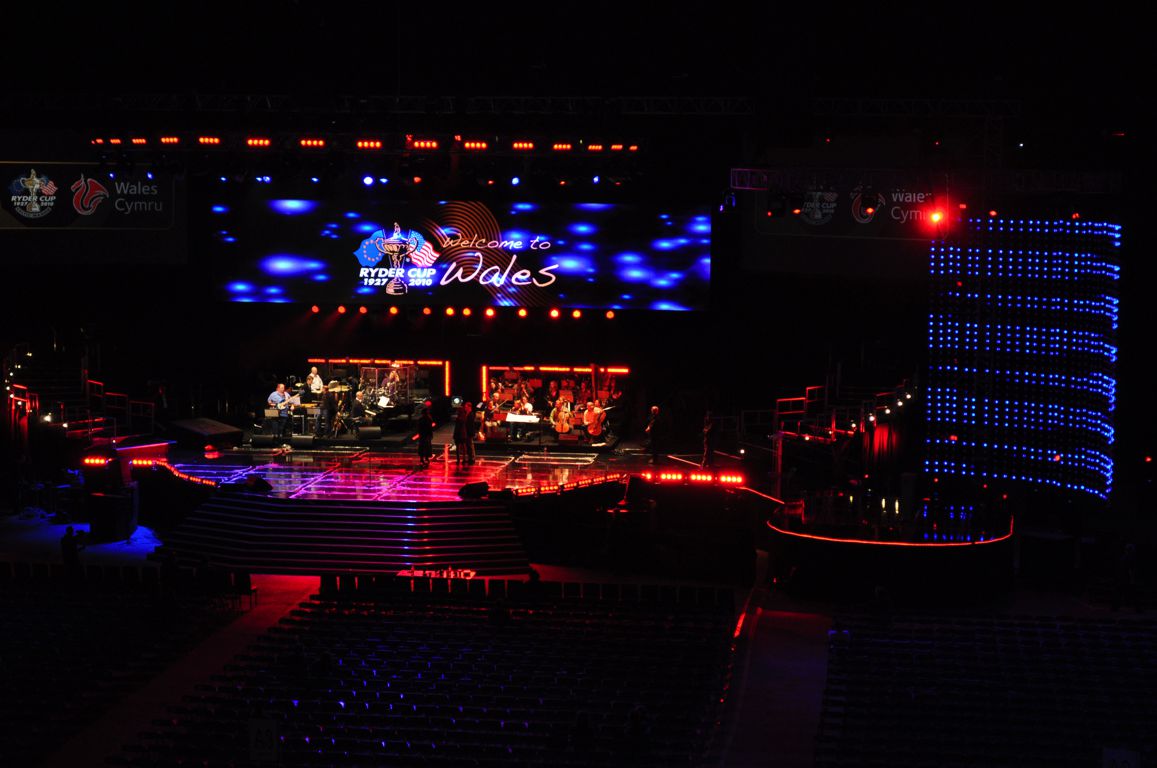 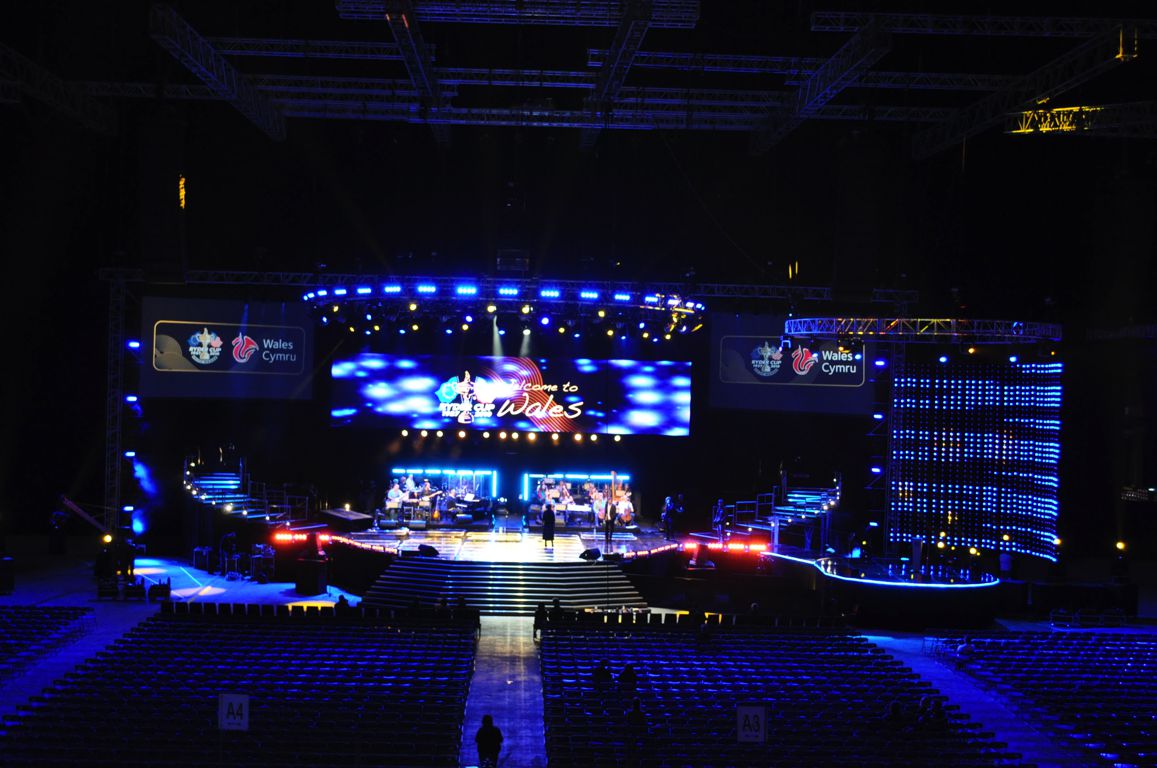 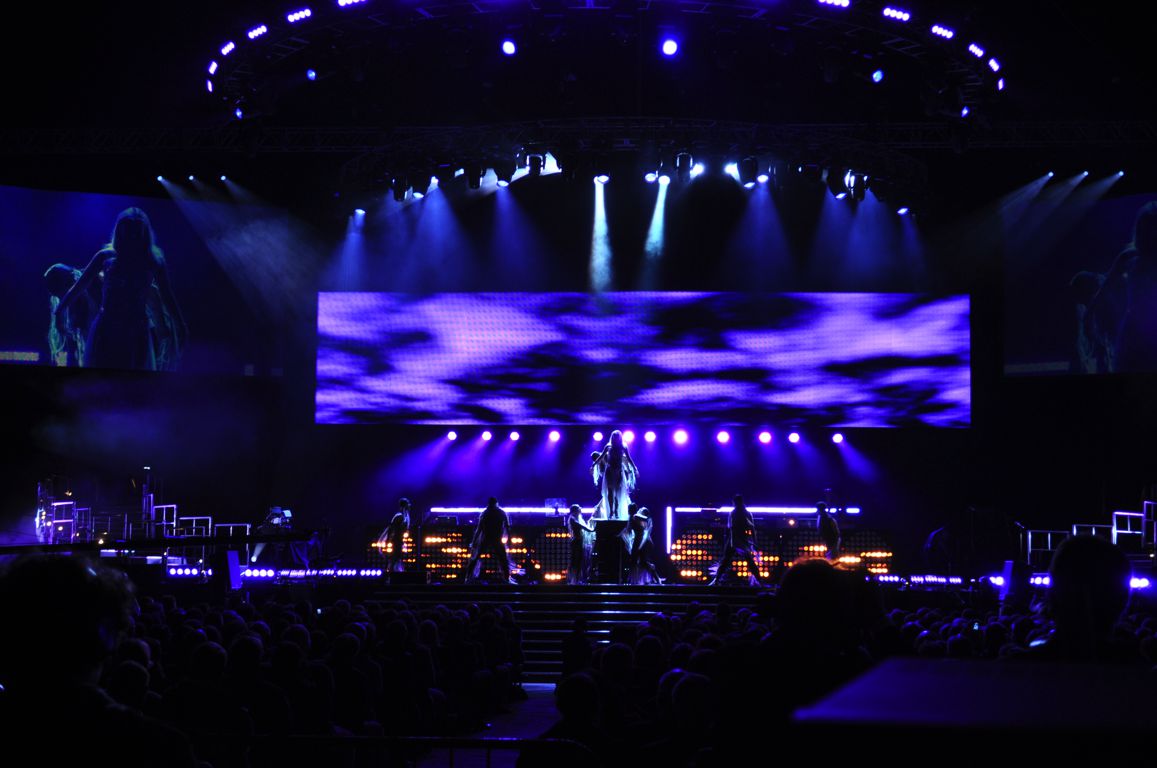 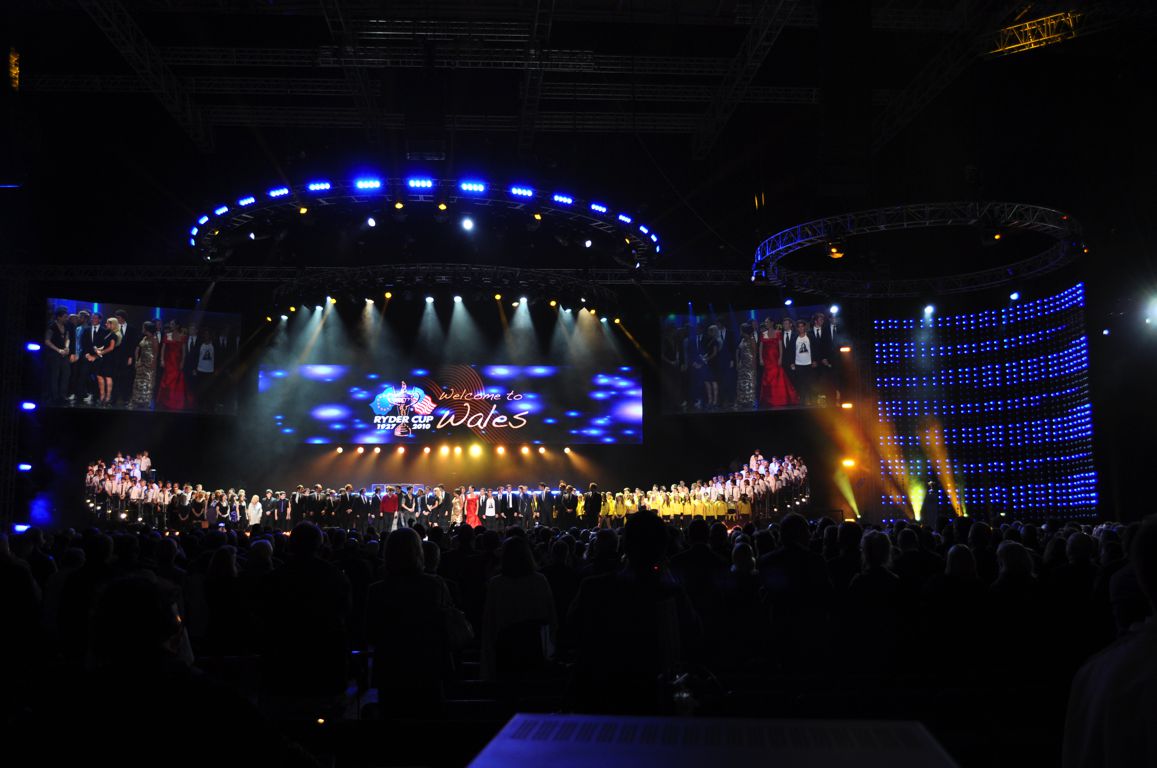 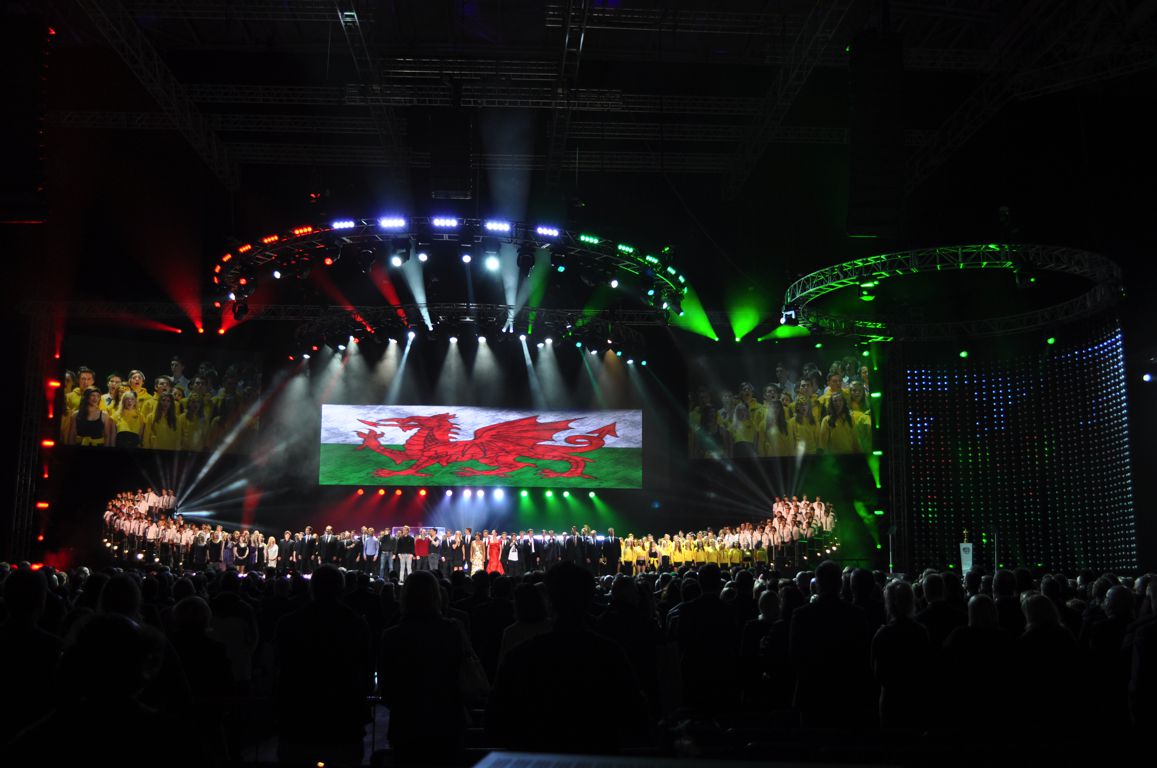 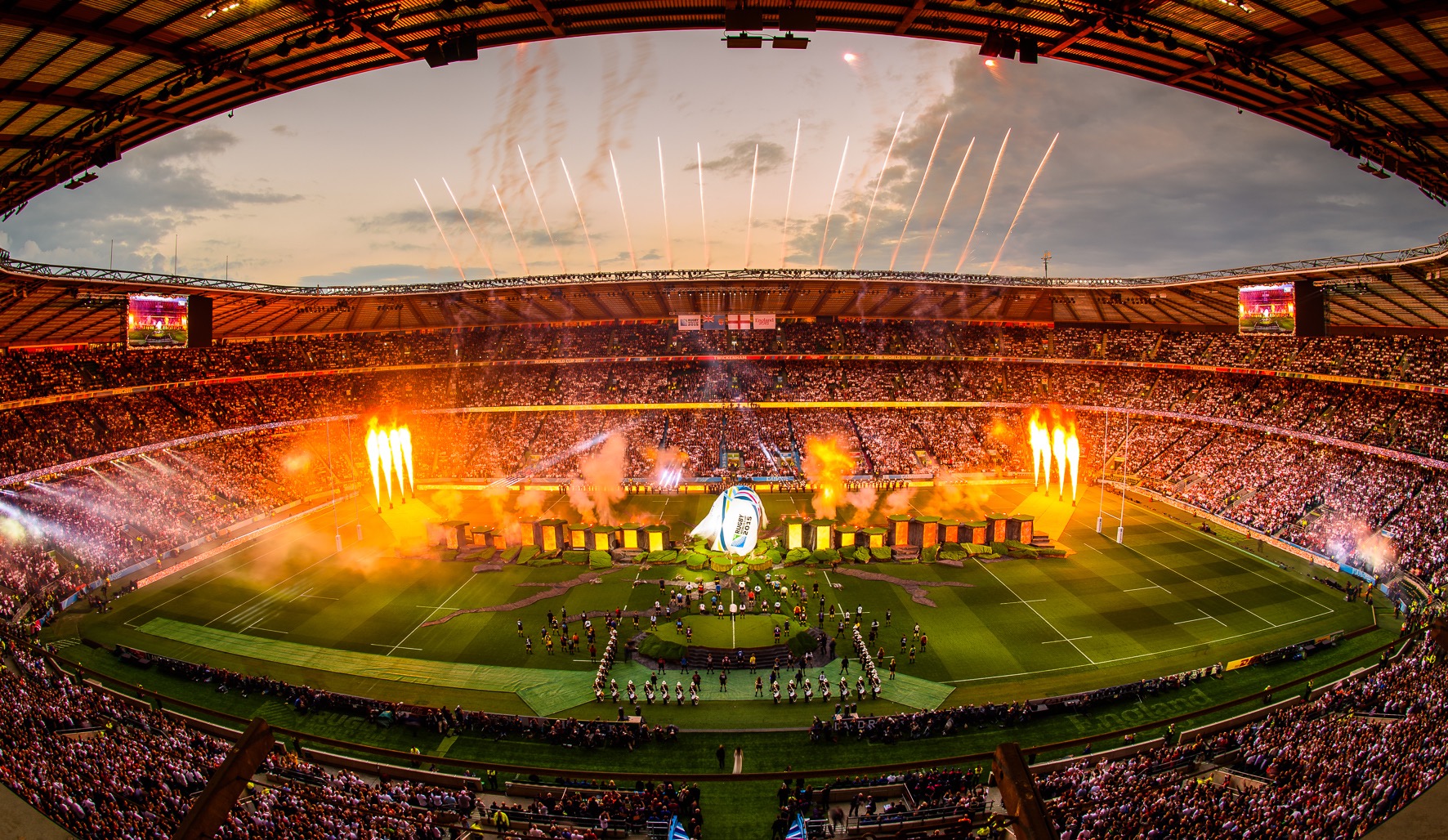